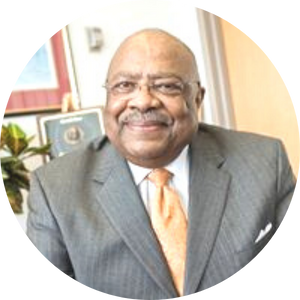 Representative Jones was born and raised in Mobile, Alabama, and graduated from Central High School. He subsequently attended Florida Junior College and Jacksonville University in Jacksonville, FL. Jones served in the U.S. Navy during the Vietnam War. After returning home, he served as executive director of Mobile Community Action, was elected to the Mobile County Commission, and was eventually elected president of the Alabama County Commission Association. Later, he was elected to serve as mayor of Mobile.