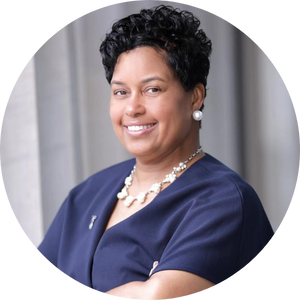 Pamela Laffitte is a proud Alabamian, who has dedicated her life to building a brighter future for her community, the great State of Alabama, and our nation. She attended, and later graduated from, Bishop State Community College, where she was elected by the student body to Freshmen Class President, President of the Student Government Association, Miss Bishop State Community College, 1st Runner-Up to Miss Homecoming, and recognized nationally in the publication, “Who’s Who Among Junior Colleges” and “Outstanding Young Women of America” (1991). Pamela also went on to graduate from Faulkner University with her Bachelor of Science in business degree with a business management emphasis. She was awarded two semester credit hours from Central Texas College for completion of a United States Air Force Reserve’s Leadership Development Program. She also completed requirements at Air University for completion of Airman Leadership School. She’s a graduate of Southwest Alabama Police Academy and was awarded a Jail Management Training Certificate and a certificate in 2016 from the Alabama Jail Training Academy, which was presented by the Mobile County Commissioners.

Before she was Honorably Discharged from the United States Air Force Reserves, Pamela played pivotal roles in the execution of Operations Noble Eagle, Enduring Freedom, and Iraqi Freedom and received an Air Force Commendation Medal and additional awards and ribbons. Pamela is presently a Corrections Sergeant with the Mobile County Sheriff’s Office (Metro Jail), where she’s been honored with selected awards and decorative ribbons.